Sri Kesab[Keshab] Chandra Sen was the founder of NABABIDHAN BRAMHO SAMAJ. If you look my earlier articles you can find the ERA OF  DIFFERENT RELIGIONS IN INDIA. Among them the Bramho is the youngest. And Sri Ramakrishna is the perfect expression of this Visions of  Sri Kesab Chandra Sen. In fact Sri Kesab Chandra was astonished looking Sri Ramakrishna as he found the perfect blending of all good fringes of all religions were present within SRI RAMAKRISHNA. 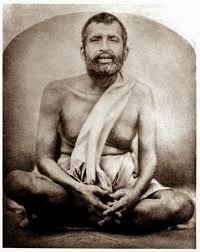 And Sri Kesab’s life was a continuous journey for the truth and it’s way for practical application in formation of one’s life and the society . A number of times there were changes in his style of the path and which were followed also by  his followers. But his intense intention was the establishment of a holistic religious ground including the Brhamo, Vaishnab and Christianity . But after the contact of Sri Ramakrishna he also changed himself with a tune of classical Hinduism. And he formed NABABIDHAN BRAMHO SAMAJ. So we today who follow Sri Ramakrishna practically follow the  path of Sri Kesab Chandra directly or indirectly .
The specialty of Sri Ramakrishna which was not present in Sri Kesab Chandra was the acceptance of the  Islam also. Sri Ramakrishna took the Kalma from a  famous Sufi Peer, [ at Gajitala at Dakshineswar] .And followed all the rules of Islam during His passage of revealing the truth  in his life : The God is one. And all Religions are true. And all are speaking of The same God in different name. And are following different paths only.
Practically no religion is going to merge with the other. Only the threads of respects, fraternity, and acceptance is/will from a chain around the world which will be followed and is following by some peoples of every religion who understand the religion with brain and heart without biases.

This new class is highly important for the peace and the stability of the world .

Today whatever  we  have started to do probably the journey has been started since the period of Sri Kesab Chandra Sen. 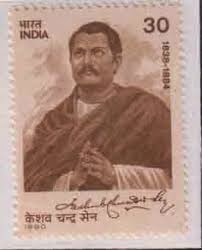 [thanks Google for the images.]