What a grace of your Sri Gurudev ! What a voice! If I have any day a chance to meet with you I will bow down my head to your feet. Lord live you long. Beautiful. It's beautiful!
Please follow:


If somebody reads the Pangika in Bengali ,will feel the true concept of total Bengali [also Indian ] festivals. The importance of this is, it reflects all the minors[so called] festivals of astronomical changes also. And not only that it gives us the information about the birth and date of demise of eminent all Mahapurusas including religious and social. Not only this is for only The Hindu, all religious festivals of all Religions in India and information it bears.
This is a very useful book/guide for India's day to day's life.
We the modern Indians ,some of us though follow it ,at least some times, most of us do not see that our Hindu rituals are all dependent on astronomical calculation and depends on stellar positions. We follow both Solar and Lunar phenomena. Why and how ,it becomes clear with this Pangika. We are advancing in science but these guidelines we hardly can disobey in social life; even in most communist family also. Rather I think it is becoming more accurate with modern science.
But I pay homage to those brains who calculated all these without any modern devices,and only with mathematics. 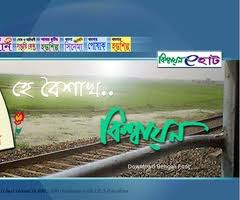 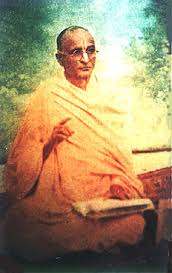 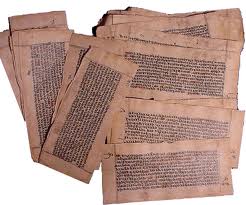 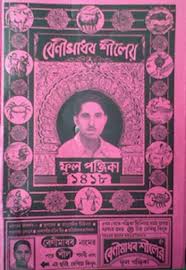 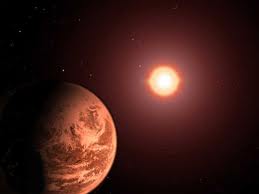 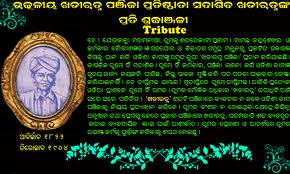 As always I'm greatful to GOOGLE for images.


.In my last article I wrote about the influences of other religions over Hinduism. The eras of Sri Chaitnya Mahaprabhu ,Sri Guru Nanak & Sri  Bhaktaraj Kabir  ,lastly Sri Ramakrishna with other Mahapurusas of this period ,all are the resultant of direct or indirect influences of Muslims in India.

A.Today  I will discuss some other ritual customs of the Muslims which I respect as good and adaptable.
The systems of worshipping the Allah by Islam is  beautiful. And if this is adopted by the other religions in their day to day’s life ,it will be easier to worship their own God / Bhagawan.
1. The system of UZZU for cleansing before prayer, and when the water is not available is so simple.
2. regular prayer conjointly and in regular interval.
3.to adopt a simple life , not even wearing dress below ankle to avoid the subconscious ego/Ahankar.etc.
4. Asanas for prayer is a regular exercise.
5. No essence /perfume before God.[here may have some debates]

B.. Next I like to discuss about the Sanskrit . We have a misconception that ,this language is only for priest. This is not al all. The word ‘Sanskrit’ itself says it is revised /cultured. Through this  poetic language the high class philosophers, scientists of previous age used to note down the answer of different puzzles, and invention. I will refer:
1.http://www.vedicsciences.net/articles/sanskrit-nasa.html  2.http://sanskritdocuments.org/articles/ScienceTechSanskritAncientIndiaMGPrasad.pdf
3.   https://www.google.co.in/url?sa=t&rct=j&q=&esrc=s&source=web&cd=9&cad=rja&ved=0CGsQtwIwCA&url=http%3A%2F%2Fwww.youtube.com%2Fwatch%3Fv%3D3cQ4hIG9w7c&ei=mgHAUZCDKoiRrQeVmIHICA&usg=AFQjCNEZ7jVxFSLaZ9gSe8a1c-OrSDz16Q&sig2=aSdg4yZFXG3lm6R4-6wwdA
So at least we all should know this language to some extent and in our own local language's version.
C. Not only Sanskrit we should know the Arabic also, in Bengali version at least[like wise in other Indian regional languages for those related regions] ;to know the meaning of different Islamic words, pronunciation. This can control many misunderstanding in peoples of different religions.

I have  coined the word 'Indian Muslims' for this, as they even do not know the meaning of all Arabic words.
In India we all need therefore our own local language,English, and Sanskrit & Arabic in regional languages . If somebody feel more interest he/she can go into the deeper latter.
I’m telling this repeatedly because  today we cannot think ourselves [Hindu ] without our neighbors[Muslims and others]. 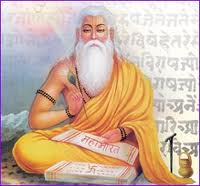 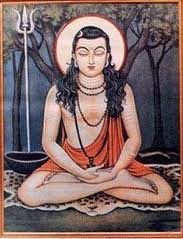 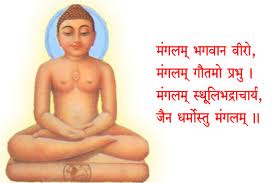 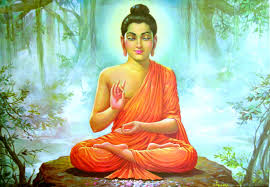 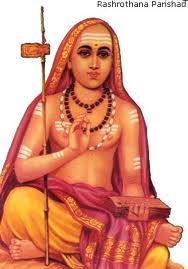 ADMITTED SRI BUDDHA AS SRI VISHNU AVATAR. THE MOST POWERFUL ERA FOR HINDU. TILL DATE 4 AMNAIES[PATHS/SYSTEMS] & DOSONAMI(10 TYPES) SAMPRADIES ARE PRESENT FOR HIM & ACTIVE. HE ORGANISED SRI KUMBHA MELA  IN A NEW FORM. 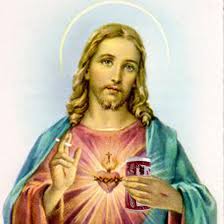 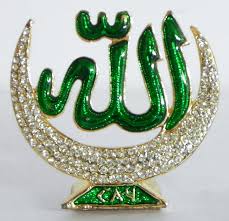 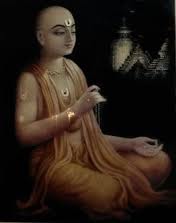 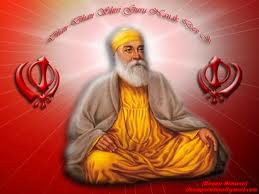 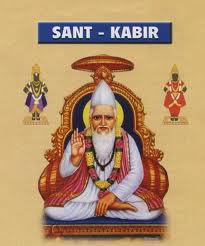 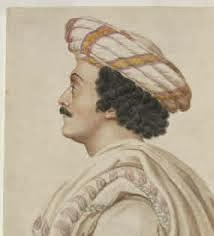 ALL THESE LAST THREE ERAS ARE THE resultant of Islam].THE BRAHMO DHARMA HAS GOT THE INFLUENCES OF THE CHRIST ALSO.

IN INDIA 7TH ERA COMES PRIOR TO 6TH ERA. 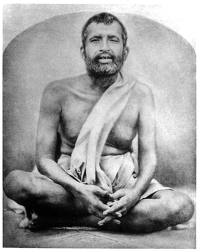 Now we are in this 10th ERA. Although peoples of all Eras are present around the world and in India, in  Modern India  this modern Hindus are the resultant of BRAMHO,Islam and Isaism[CHRISTAN] . If these two religions did not come into India the 9th  Era did not appear perhaps.
I think these are the most positive contributions to the Hindu religion from outside.


Modern Hinduism has experienced The Muslim cultures & the Christianity. This has been revamped by them. Now they are refractive  and tolerant to them.
The Hinduism before the advent of the Muslims  had SAKTA,VAISHNAB,SAIVA,GANAPATYA, SOURI. This had NATH-PHYLOSOPHY & SADHUS, JAINASM, BUDDHAISM. She had KAPALIKS, AGHORIES, NAGAS, BAULS. After the Muslims, Crhristian ;She is  experiencing the Muslims & the Christians ,the SUFIS,SATYAPEERS, PEERS  with in Her.

Today  Hinduism is much more evoluted. She does not feel unholy with the touch of  other classes, foods etc. This is MODERN HINDU.

Their negative points are they do not know even what is their religion's main source. Some say Ramayana,Mahabharata ,some will say The Geeta,The Chandi,and some will say it is the Vedas.
Most of us rarely read this Books.Some of us know some stories of Ramayana and Mahabharata.Sometimes some Gurus teach about the Geeta and The Chandi to somebody. But the Vedas almost nobody does ever read or know.

Though all Hindus have some similarities; like all worship with fire& light. Some with sound energy. All follow OM as their own heritage,all believe in GURU,REBIRTH, KULA[BANSA/linkage],EFFECTS OF KARMA of previous life, KALA-CHAKRA, FATE and DESTINY,KRIYA,YOGA,DHYANA and after death  CREMATION sometime SAMADHI.

Swami Vivekananda said : if you take off all religions of the world the rest mankind is the Hindu. He said we have no religion we follow the rules taught by our Rishis & Munis. So we have no specific religious book.
To Hindu ‘Religion’ is the system of all corners of life & human cultures that too again full of variations. In one side there is worshiping of deity, stone, tree and what not . In other side we know the God has no form . SHE/HE IS OMNIPRESENT, OMNISCIENT etc.

So they can easily accept all the religions of the world. And they are most flexible.

This is possible for the neighbors of other religions.
Their presence side by side always is acting in Hindu's mind as a remembrance about the total entity of Iswar . At least to those who are MODERN HINDU & IS FOLLOWING SRI RAMAKRISHNA’S/ALIKE OUTLOOK.

The problem is arising more as the Vedas are in Sanskrit. And in India today this language is very neglected. Though the common people should know all books are available in their own vernacular.In  Bengal we can get this for the great contribution of Sri Abdul Al Aman Aziz from Harrap Publication Kolkata . Here again we can find- if a Muslim did not come forward ,the Bengalee did not get the Vedas  in Bengali. Though I'm a doctor , I can feel it's depth and vastness everyday and for this I'm grateful to this great man always.