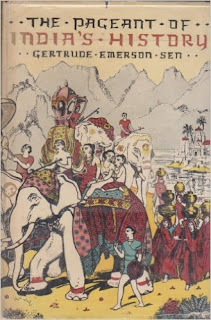 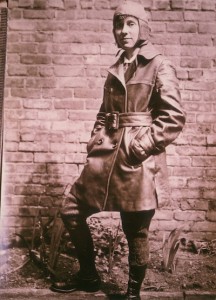 http://vpkas.nic.in/
ICAR-Vivekananda Parvatiya Krishi Anusandhan Sansthan
The institute was established at Kolkata (then known as Calcutta) by Padma Bhushan late Prof. Boshi Sen on July 4, 1924 and named it as Vivekananda Laboratory.  . Boshi relocated to Almora where he set up his laboratory in Kundan House. The Laboratory was permanently shifted to Almora in 1936 and was being run on donations and grants till it was handed over to Uttar Pradesh Government in 1959. On October 1, 1974, ICAR took it over and rechristened it as Vivekananda Parvatiya Krishi Anusandhan Sansthan.
IMPORTANT MILESTONES IN THE DEVELOPMENT OF THE INSTITUTE

1924 - Establishment as small room Laboratory  in Calcutta - One man laboratory

1943 - Change in priority from fundamental physiological research to agriculture

1959 - Transfer of Laboratory to U. P. Government and allotment of 215 acre land

1974 - Transfer of Laboratory to ICAR and broadening of mandate

2008 - Recieved 'Sardar Patel Outstanding ICAR Institution Award 2007'
Basiswar Sen
[ SOURCE: 1. https://en.wikipedia.org/wiki/Basiswar_Sen.
2.Girish N. Mehra, Nearer Heaven Than Earth—The Life and Times of Boshi Sen and Gertrude Emerson Sen, foreword by M.S. Swami. New Delhi: Rupa & Co., 2007.]
He  came in contact with Sister Nivedita who introduced him to Acharya Jagadish Chandra Bose, the famous Indian scientist, biologist and botanist. Boshi worked with Sir Jagadish Chandra Bose for several years in Bose Institute.
He travelled to United States on invitation of an American scientist Glen Overton. After his return to India Boshi founded his own laboratory in a small kitchen in Bosepara Lane, Baghbazar, The laboratory was named after Swami Vivekananda. Boshi relocated to Almora where he set up his laboratory in Kundan House, rented with the money of Josephine MacLeod, and Sister Christine stayed there with him for two years.
FAMILY OF DR BASI SEN
Basiswar was born in Bishnupur area in Bengal in 1887. His father's name was Rameshwar Sen, who was the first graduate of Calcutta University from Bankura district of Bengal. His mother's name was Prasannamoyi Devi. He was introduced to Ramakrishna Order by his friend Bibhuti Bhushon Ghosh. He was intimately associated with Swami Sadananda, also called Gupta Maharaj, a direct monastic disciple of Swami Vivekananda.
Boshi also took a few photographs of the Holy Mother Sri Sarada Devi.

In 1924 Sister Christine or Christine Greenstidel a direct American disciple of Swami Vivekananda took up her accommodation with Boshi.
Dr Boshi Sen was a plant physiologist. He was married to the historian, geographer and journalist Gertrude Emerson Sen in 1932. Boshi Sen worked under Jagadish Chandra Bose and through his research visited Britain and the USA. Sen worked at University College London and became acquainted with D. H. Lawrence in the late 1920s through the Brewster family.
[http://www.open.ac.uk/researchprojects/makingbritain/content/basiswar-boshi-sen]

In his Vivekananda Laboratory he was successful in production of hybrid maize seeds and hybrid onions. For his pioneering work which heralded Green Revolution in India, he was awarded Padma Bhushan in 1957 and Watmull award in 1962. He was allotted land for the expansion of his work by Uttar Pradesh Government in Hawalbagh. In 1959 his Laboratory was transferred to U. P. Government and it allotted 215 acre land for scientific research.
The Great Bengal Famine of 1943 had changed Boshi's outlook towards research and from research on plant cell his focus shifted to applied research on agriculture and food grain productivity. In this matter he was deeply influenced by the humanistic endeavours and messages of Swami Vivekananda who identified food problem as one of the major problems plaguing British India.
In 1928  Boshi met Romain Rolland  and had a discussion on the lives of Ramakrishna and Vivekananda with him.
In 1930  He met Einstein  in Berlin and had discussions on Science and Religion
Gertrude Emerson Sen ( 1890–1982)
[SOURCE:1. https://en.wikipedia.org/wiki/Gertrude_Emerson_Sen
2. [(http://www.iswg.org/about/history )     ]

The historian, geographer
[http://www.iswg.org/about/history ]
and journalist Gertrude Emerson Sen in 1932. Married Dr. Basi Sen. She was the daughter of Alfred Emerson, Sr., and the granddaughter of Deborah Hall, the wife of Samuel D. Ingham,
Secretary of the Treasury (1829–31) under US President  Andrew Jackson.
She was also the sister of famed entomologist Alfred E. Emerson.
Some have stated that she was the granddaughter of Ralph Waldo Emerson

After teaching English in Japan, Sen returned to the United States to become the editor of Asia magazine.
In 1920 she undertook a round-the-world expedition which included stunt flying and caving. Eventually she settled in a village in northeastern India, participated in rural life, married Indian native Basiswar Sen on November 1, 1932, and came to love the culture of her adopted my country India.
Her books
1.     Voiceless India (1944)
[https://www.amazon.co.uk/Voiceless-India-Gertrude-Emerson-Sen/dp/B0007EJ7J4/ref=sr_1_1?ie=UTF8&qid=1480407697&sr=8-1&keywords=Voiceless+India+%281944%29] 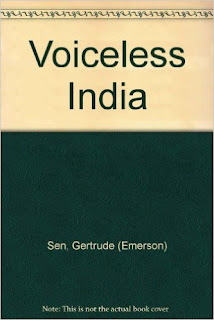 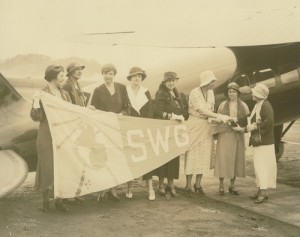